How to Elope in the UK 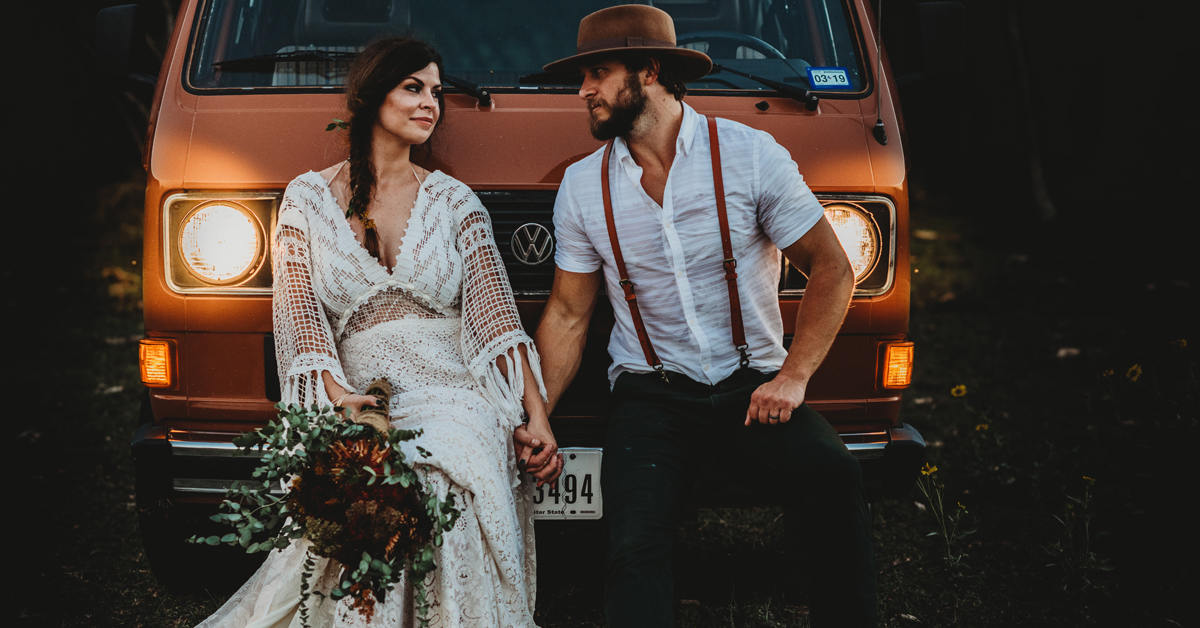 Running away and secretly getting married with just you and the one you love has all the fun and romance you would hope. Ideal for the free-spirited or live-in-the-moment couples, choosing to elope is exciting, mysterious and full of head over heels love.

What Does It Mean to Elope?

We all know someone who whisked themselves away for a private wedding without announcing it to friends and families. This is otherwise known as ‘eloping’, involving a private ceremony between two individuals and few if any guests other than the officiant and 2 witnesses.

For some, the thought of escaping the fuss and attention of a lavish ceremony lends itself perfectly to a low-key elopement. In fact many celebrities such as Rachel Weisz and Daniel Craig, and Isla Fisher and Sacha Baron Cohen, have followed suit.

If you’re looking to get married and elope in the UK, there’s a few things you need to first know. In this feature we’ll cover the main points.

What Is An Elopement?

The romantic definition of eloping is “running away and secretly getting married with no one else there”, a form of escaping to marry the one you love. Family disapprovals can be one reason but nowadays eloping is a modern choice made by couples for a more intimate experience.

Technically you don’t have to run away and although known for being ‘secretive’ there’s no reason why you can’t sing it from the rooftops.

It’s about being with each other and enjoying the intimacy of the marriage union, at minimum there would be 3 others with you, as you would need 2 witnesses and then also the celebrant. Your witnesses could be friends or family, or even 2 passers by!

The amount of guests is one of the easiest ways to define the difference between an elopement and a micro wedding. An elopement typically will involve 2 witnesses and possibly a couple of other invitees however a micro wedding comes with an official guest list of up to 20.

A micro wedding sometimes defined as small or intimate wedding, typically is a scaled down version of a traditional wedding day however an elopement is centered around just two individuals pronouncing their vows to each other in a more informal way.

Why do couples elope?

Elopements offer a quick and flexible way to get married, and take place for a number of different reasons.

Elopements also tend to be more affordable, with less guests catering and drink costs are saved, when you consider that the average UK wedding costs nearly £32,000, you can see its appeal.

Who to invite to your wedding can always throw up some challenges, and then there is the seating plan, when you elope there is no need to consider any of this. Even the mere thought of a traditional wedding day can give couples  the desire to run away from it all and get married.

There is certainly something special and romantic about knowing you have secretly got married without anyone else knowing. A moment you can enjoy together and a beautiful memory that only you and your partner can treasure together forever.

In the UK, Gretna Green is a popular destination for eloping, happy couples whisking away to the Scottish border. It was made famous in the 18th century when Scottish law was more relaxed than English, allowing couples to marry on the spot. To this day it’s still a popular elopement destination.

Should you be engaged before eloping?

There is no need to be, this is entirely your choice. Some couples will be engaged and then decide to elope, others may decide to just run away and elope skipping the engagement part.

Once you’ve decided where to host your wedding ceremony, you must ‘give notice’ via the legal register office – with a view to marrying within 12 months of this date. This official notice confirms your intention to marry or form a civil partnership, and includes the wedding venue for the ceremony to be hosted.

Religious or non-religious, that is the question…

When you decide to get married, one of the biggest decisions you’ll make is whether to have a religious, or non-religious ceremony. There are plenty of reasons why you might choose either option, and it’s a personal choice each couple must consider.

Religious ceremonies are on the decline in the UK, now accounting for less than a quarter (22 per cent) of all weddings, according to ONS research. They take place in a registered religious building with a vicar, priest, or minister presiding over the ceremony. Generally speaking, these tend to be more traditional affairs with certain formalities.

Same sex couples may also marry in a religious building, as long as the organisation has agreed to marry same-sex couples.

There is often a small fee for using the religious building, including the cost of a registrar – typically £86.

Civil ceremonies tend to be more popular in the UK, and can take place at a registry office, or any venue approved by the local council. If you dream of saying your vows in a stately home, beach hut, or five-star hotel, this is the option for you! Just remember that you will need at least two witnesses at the ceremony and an official registrar.

This costs approximately £46-£400 for the cost of a registrar, there will also be additional costs for the hire of your venue and extras you require.

Getting married during Covid

We are certainly living in exceptional times. With Covid affecting and limiting the way we interact with others, new measures have been introduced to minimise personal contact.

As a result, social distancing measures are now in place for ceremonies, with limits on those who are allowed to attend. An option growing in popularity is eloping whilst live streaming your special day, allowing those who are further away to still be part of the celebrations.

As guidelines are ever changing, it’s important to check the latest government advice which can be found here, to understand how to best operate and host a safe wedding.

What does marriage mean?

Running off a getting married sounds incredibly romantic but what does it actually mean?

Marriage is understood to be the coming together of two people in an exclusive relationship, recognised in the eyes of the law. In the UK, you can get married or form a civil relationship. Both options are available to opposite and same-sex couples.

What are the legal requirements for getting married?

There are official requirements to allow you to marry in the UK whether your choice be an elopement, intimate wedding or large traditional affair.

To get married in the UK, you must:

Additionally, if one or both individuals are from outside the EU or is not a British citizen, you will need to apply for a visa to get married.

If you plan to join the legion of couples that marry every year in the UK, declaring your vows solely to each other can be a momentous experience.  Put your personal stamp on proceedings, flee to a different County or simply say ‘I Do’ near home, eloping can be the relaxed yet romantic day you treasure forever.

For more information about how we use your data please refer to our privacy and cookie policies.

A Guide To Choosing Your Wedding Flowers

How Venues are Prepared for your Upcoming Wedding

How to Choose your Dream Wedding Dress

Great Choice! This Venue is now added to your Shortlist.